Electric motorcycle manufacturer Brammo introduced the new 2011 Enertia Plus which is an upgraded version of the 2010 Enertia. The bike costs just $1,000 more than the non-plus version, but has 80 miles of range compared to the old version’s 40 miles. The electric machine also features a number of enhancements including simplified charging, improved maneuverability, an option of a center kickstand and rigid side bags. 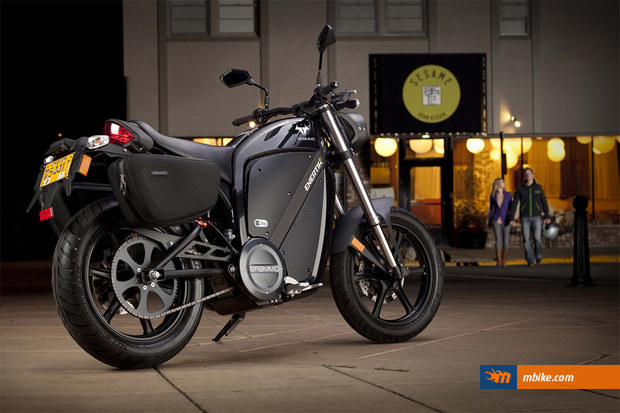 Taking full advantage of the Brammo Power technology revealed initially in the Empulse, we are now able to offer consumers twice the range in our Enertia platform. At just a $1000 price difference compared to the standard Enertia, we are offering a truly practical EV motorcycle with unprecedented consumer value,” says Craig Bramscher, Founder and CEO of Brammo. The Enertia Plus uses a 72-Volt DC motor which produces 13kW at 4500 rpm and 40Nm of torque which is available from 0 to 1450rpm. The bike features the new, 6 kWh Brammo Lithium-Ion battery pack which doubles the range from 40 miles to 80 miles. The Vehicle Control Unit monitors all aspects of the battery’s performance and maintains consistent balance, performance, and health. The Plus features a 850W on-board battery charger, which can charge using 110-120 Volt/15A electrical outlet. The engineers also tweaked the handling with an increased fork offset and decreased trail, also positioning the handlebar 1-inch further back. Brammo says the new model has a tighter turning cycle which is good news for urban commuters. The 2011 Enertia Plus will make its debut on the EICMA show in Milan. Pricing will start at $8,995 MSRP.

The 2011 Enertia Plus in action

2011 Brammo Enertia Plus Specifications and Photos 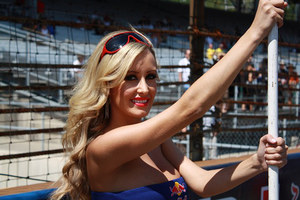