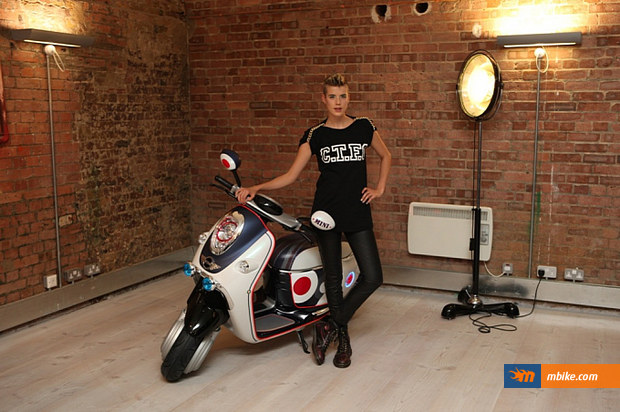 It’s not just a two-wheeler in MINI Design – this scooter meets the needs of the young urban generation: spontaneous, flexible, CO2-free mobility. Using a smart phone as the ignition key, the concept integrates infotainment, communication and navigation systems.  The MINI Scooter E Concept is powered by an electric motor which can be recharged at any conventional power socket using an on-board charging cable. The new scooter design concept is based on current production vehicles but pushes the creative boundaries. Just as the compact design of the classic MINI, born out of the 1950s oil crisis,  symbolised a new reality for modern city driving, the MINI Scooter E Concept is designed for the changing landscape in environmental and urban road traffic conditions, to offer a stylish and emission-free alternative for urban mobility. 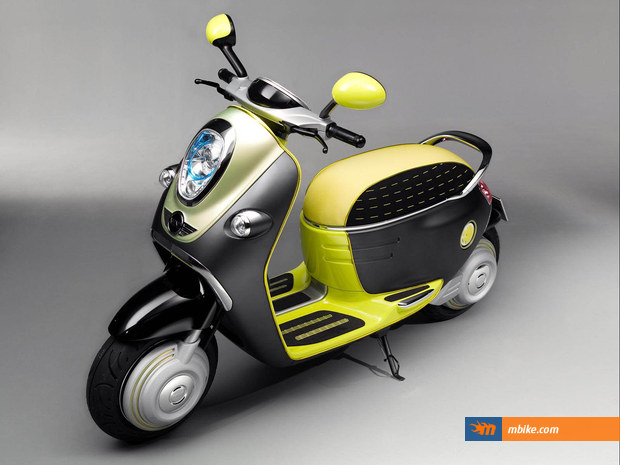 The MINI Scooter E Concept is driven by a built-in rear wheel electric motor which is powered by a compact lithium-ion battery.  The battery can be plugged into any standard AC power outlet.  A display screen clearly indicates to the driver the amount of battery life available: the MINI Scooter E Concept can be charged via a retractable lead in the rear of the Scooter. The study also incorporates an innovative version of the MINI Centre Rail first presented earlier this year in the new MINI Countryman. The unique clip-on mechanism offers a range of options for transporting items that may required before, during or after the journey, for example a helmet, umbrellas, sunglasses and thermos flasks.

The firm reckons that while it could make the scooter pretty easily – after all, BMW is set to launch its own electric scooter very soon – it will only do it if there’s a strong demand from customers, and even then it will take several years. 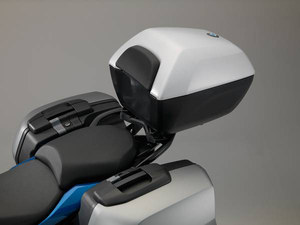