Honda UK has unveiled two CBR1000 RR Fireblade Special Editions to commemorate the achievements of two legendary Isle of Man TT racers Ian Hutchinson and John McGuinness. The two Fireblades feature a special paintwork and are available in both standard and ABS-equipped versons. Hutchinson broke all record by winning five races at the 2010 Isle of Man TT, while McGuinness has a total number of 15 victories at the dangerous road race. 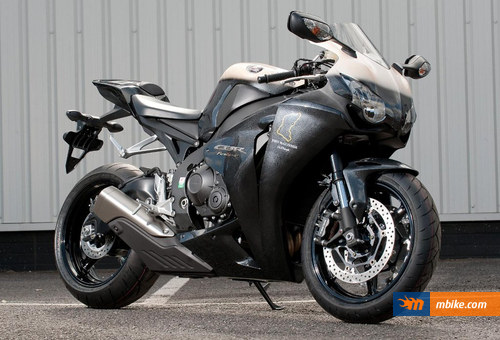 This is the McGuinness Edition

The “Hutchy” CBR1000 RR celebrates with a pearlescent white paint scheme that features a map of the 37.73-mile Isle of Man TT course, outlined around the top of the bike. On the other hand, the paint on the McGuinness special edition replicates the look of a pint, complete with a white head. The bike has also a gold map of the TT course and the driver’s lap record of 131.5mph on the fairings. “On the paintwork, the skill and attention to detail is just stunning. When you go up close, you can see just how pearlescent the white paint is, it’s an amazing piece of work,” Hutchinson said in a release. “With the one that Honda has given me, like Hutchy, I’m not going to use it, it will join my collection,” said McGuinness. “The paintwork is amazing and every owner’s bike will be unique, as each of the bubbles on the bodywork is done by hand and different every time. It’s a work of art.” The ‘Hutchy’ or ‘McGuinness’ Special Edition Fireblades, both bearing the riders’ signatures, are priced at £11,725 OTR, or £12,375 OTR with Honda’s C-ABS braking system. 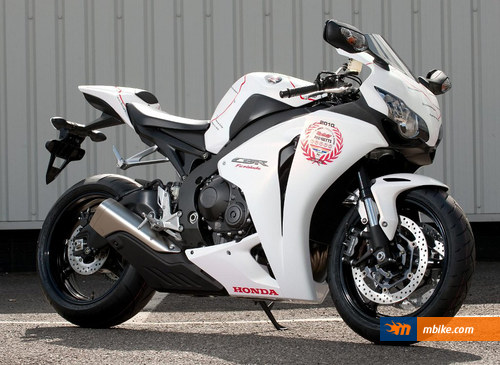 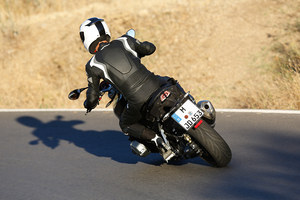