Honda has announced its new CRF450R off-road machine. The four-stroke enduro got some serious updates for 2011 model year, including a new ECU, fuel injector, chassis and suspension. The more powerful CRF450R is available in red but there’s no word from Honda on pricing for its 2011 model. 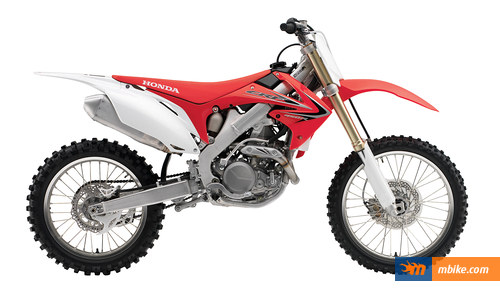 First, a new throttle body enhanced the throttle response. The 499cc engine got a new ECU mapping and fuel injectors therefore the four-stroke makes more low end and midrange torque. The front chassis got a better subframe stiffness and new steering dampers. The suspension modifications are designed to produce better front-rear balance. The CRF450R features a new muffler and exhaust system that comply the 94 decibel rule.