Back in 2000, ton-up boys around the world donned their old leathers and motorcycle boots in delight as Triumph Motorcycles re-introduced the iconic Bonneville to British roads. The new Bonnie combined the café racer style that won so many hearts (and races) through the 60s and 70s, with the reliability of modern engineering. It was a sure success. 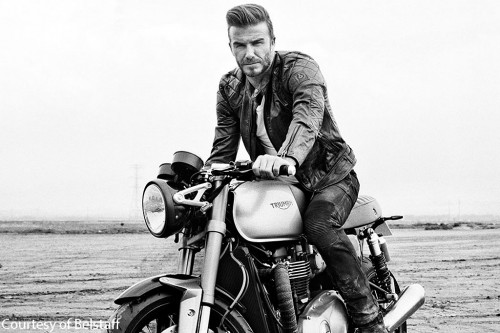 Is this the new Triumph Bonnie under Beckham?

However, with motorcycle manufacturers as diverse as Ducati and Honda, BMW and Yamaha, all jumping on the heritage bike bandwagon, it comes as no surprise to hear that Triumph are having to up their game once again.

So what do we know after seeing the spy shots? The latest shots, to come out of Spain (where Triumph have a research and development facility) reveal an ever-increasing range of completely re-invented Bonnies.

From the images and clues pieced together from various sources, the general consensus is that the new Triumph Bonnevilles will borrow very little, if anything at all, from the 2001 range. That means new transmission (while still a “traditional” five-speed), new twin-disc front brakes, new frame, new suspension… The list goes on.

Ever-stricter EU regulations mean a liquid-cooled element (though at present this looks to be minimal) and most likely the introduction of ABS.

However, purists need not worry: with the exception of the new radiator for water-cooling, the new range aims to pay even closer homage to the original and much-loved classic, at least in terms of style.

In performance, the new Bonneville looks to see a huge increase in power (plus torque) with a new 1100cc engine, as well as – if you can believe it – less weight and better fuel economy.

Further sets of spy shots reveal a new, entry-level Bonneville to join the ranks of the new range. This bike looks to be the bare bones Bonnie, with an 865cc-registered engine, “cheaper” brakes, suspension and chassis components, and therefore an almost guaranteed low price. 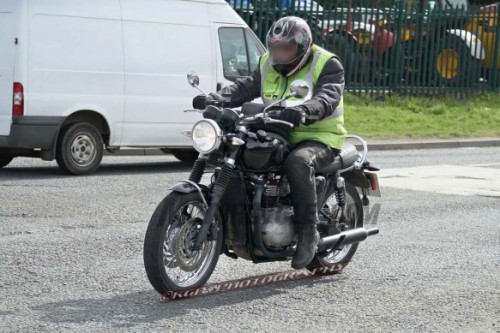 What else do we know? In 2012 Triumph applied for a trademark for “Street Tracker”. New “bobber” and café racer models have also been spied and the customisation options expected to be available should make for a near unlimited range of new Triumph Bonnevilles coming soon to a town near you.

So, when can we get our hands on one of these dream machines? While early estimates put release at the end of this year (2015) and sales beginning in early 2016, as the range continues to expand, rumours now suggest a 2017 release date, with a possible unveiling at the 2016 EICMA motorcycle show in Milan, next October. The question is, will these new Bonnevilles really be worth the wait? 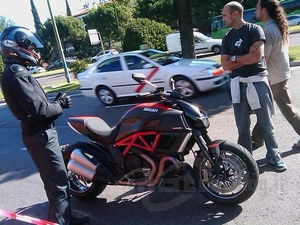