Innovation of the week: the triangulated steering and suspension system of the Motoinno TS3 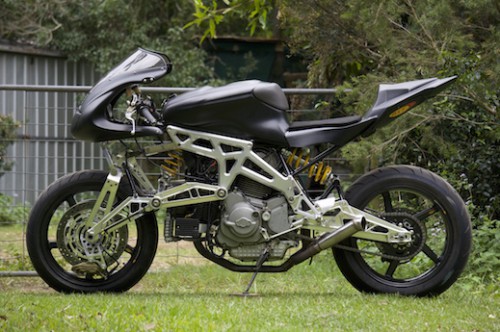 Ray is a film animator (his last work was the toxic storm scene in the new “Mad Max 4: Fury Road” movie) and self-taught engineer who lives near Brisbane in Australia. He began restoring motorcycles two decades ago and as he noticed the differences between the types of steering systems, he came up with new ideas and started to develop a brand new steering and suspension system.

“Previous centre steering systems have had inherent problems,” he says. “There is a lack of corner ground clearance, they look awful and their many associated steering linkages make their steering input vulnerable to inconsistent and sloppy front-end feel.” 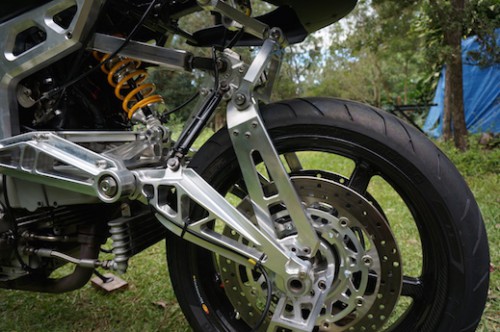 He began working on the new system in 1997 and his company has just recently patented the result. The system separates steering and suspension from braking while creating a stronger, more compliant, highly adjustable, tunable, stable and safer two-wheeled in-line front end system. 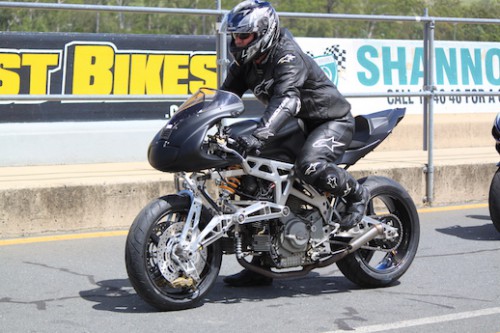 The Motoinno TS3 on the track testing

Key features of the system are: 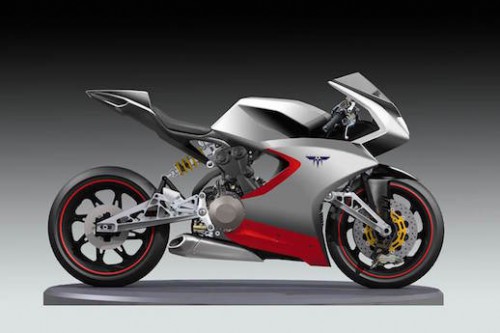 The TS3 with fairing

Ray and his company’s engineers continue to work on the final version of the TS3 that will use a water-cooled Ducati 2014 Monster 1200 Testastretta engine. They also plan to participate in the Moto2 series. “From our initial data acquisition tests, it appears we can be up to a second faster through each corner,” Ray says. “It would probably be banned after the first season, but that’s ok; it will have proved a point.” 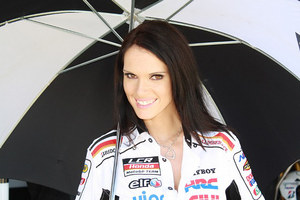