The 2015 Honda PCX 150 is built for comfort and brings worthwhile improvements to the Honda PCX scooter line. A larger fuel tank, quick operation, and an affordable price make this scooter a worthy option for any riding enthusiast. The quick and efficient scooter retails for for $3449 in the United States and for £2,699 in the United Kingdom. 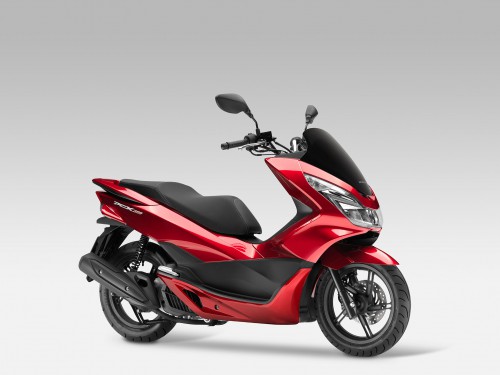 The 2015 PCX 150 has an upgraded fuel tank over previous models. The tank has a capacity of 2.1 gallons (or 8 liters). The 2013 Honda PCX 150 had a 1.56 gallon capacity, which is a significant difference. The 2015 model gets an estimated 100 miles per gallon. Estimated MPG varies based on factors such as road conditions, city-driving, or free-way driving. Whether you use it as a commuter or joy-rider, this scooter packs powerful enough to be free-way legal. 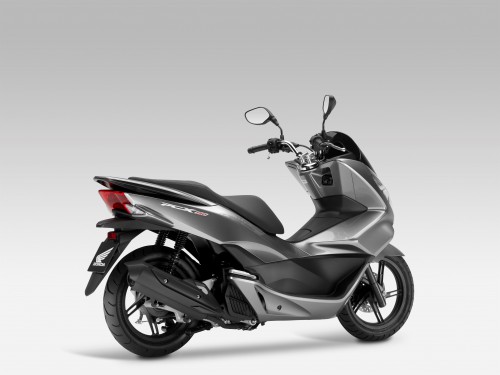 With an estimated over 200 mile fuel capacity, comfort can be a defining feature. This scooter has a padded seat built with comfort in mind. The seat has an elevated passenger section towards the rear to allow a passenger to view over the driver.

The scooter has a built-in storage under the seat and is large enough to fit a helmet or a small bag of items. The under-seat storage is weather resistant and also has a much-needed spring-loaded locking mechanism. There’s an extra storage area in the dash that can hold small items such as a phone or a wallet. The scooter comes equipped with a 12-volt accessory adapter that can be used to charge personal electronics. 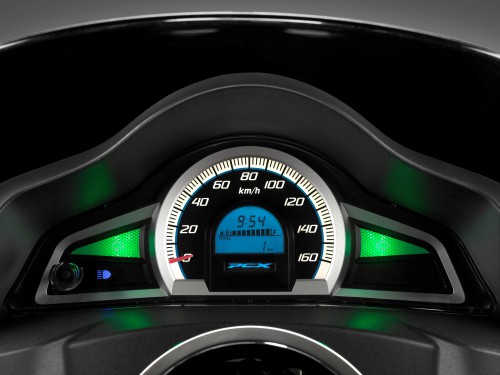 The lightweight 153cc liquid cooled four-stroke engine provides is powerful and quiet. The quick and easy-to-use Honda V-matic automatic transmission provides a smooth ride. Power and speed is important, but being able to stop is more important. The PCX 150 has a combined braking system that links the front and rear wheels for smooth and efficient stopping power.

The 2015 PCX 150 is easy to use, and, more specifically, easy to start. The scooter has an electric start ignition. A turn of the key and a press of a button is all that’s required to quickly start the PCX 150. 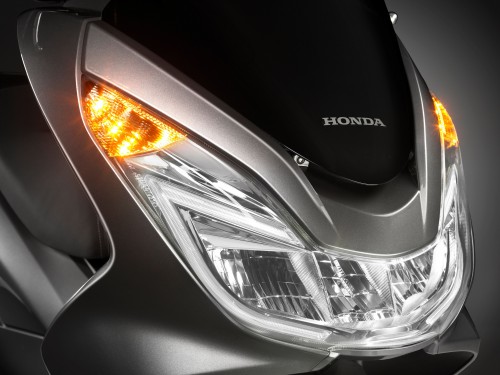 The PCX 150 is a strong scooter. The improvements made to the 2015 model are worthwhile additions to an already fantastic line of scooters. 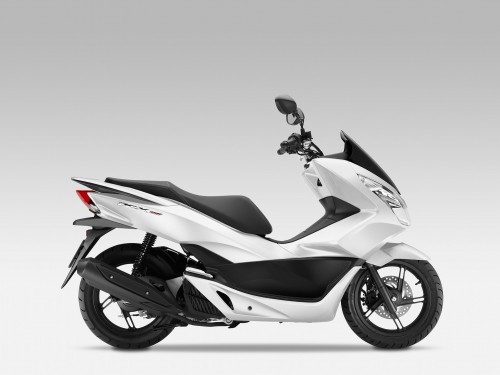 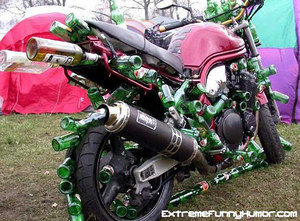