Yamaha has just announced an upgraded YZ-250 for the 2016 model year. One of the best off-road bike in its class now features a redesigned engine with more high-rpm performance, new clutch, revised front and rear suspension, and better brakes. There will be a Limited Edition 60th Anniversary of the bike, available from July/August.

Equipped with a rearward slanting engine and forward-facing inlet, the YZ250F combines a wide band of strong and easy-to-use power with outstanding cornering performance and agility.

With the YZ250F having already established a reputation for its race-winning cornering performance and remarkable acceleration, Yamaha have focused on strengthening the machine’s overall competitiveness by making a number of important changes to the engine and chassis for the 2016 model year.

The new YZ250F has a revised engine

To reduce reciprocating weight and achieve even better response and acceleration, the 2016 YZ250F is fitted with a new flat top piston. By using a thinner piston crown and a shorter piston pin, this forged design offers weight savings of over 18g – while the new flat crown design helps to increase combustion efficiency for good pulling power with excellent top end performance and over-rev characteristics.

To achieve a more linear torque feeling the 2016 model is equipped with additional crankshaft counterweights as well as a newly designed balancer. The new design gives an improved engine balance that communicates a strong feeling of linear torque over a wide rpm range, helping the rider to anticipate better on changes in terrain and to shift body positions. The new configuration also results in a reduction of vibration, making the 2016 YZ250F a stronger and smoother performer. There is also a new ECU that features revised settings for a smoother feeling when the rev limiter is activated.

Like the YZ450F, the 2016 YZ250F benefits from the use of a new specially finished clutch boss with increased surface flatness for precise and accurate operation. The YZ250F also adopts a new shift stopper lever equipped with a 20% stronger spring and improved roller shape, giving smoother and more accurate shifting under pressure.

The 2016 YZ250F runs with revised front and rear suspension settings that have been carefully selected following input from factory test riders. In particular, the new settings are designed to improve handling performance and ride quality by helping to eliminate sudden jolts and excessive stroke. 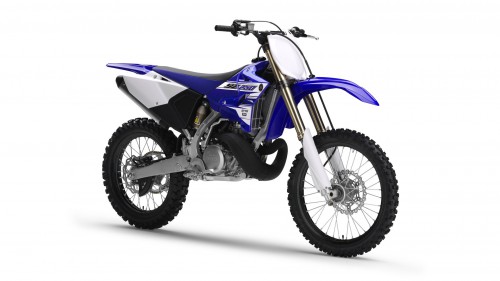 The 250cc YZ just got even better

For 2016 the YZ250F is equipped with a larger diameter 270mm front disc brake and new type of brake pads, enabling riders to not only brake later, but also to experience increased feel and feedback.

Like the 2016 YZ450F, there will be a Limited Edition 60th Anniversary YZ250F for the YZ250 as well. The bike will arrive in the dealerships in July/August. 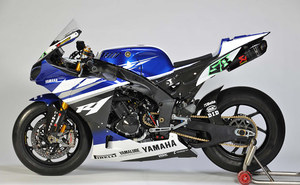