For 2015 the Monster range has been extended with a new, exclusive version aimed at the most demanding motorcyclists: The Monster Stripe. Revealed at EICMA 2014, the new Monster Stripe is now available at Ducati Dealerships in 821 and 1200 S versions. The special version comes with an exclusive trim that includes custom two-tone paint, carbon parts and other Ducati Performance aftermarket parts. 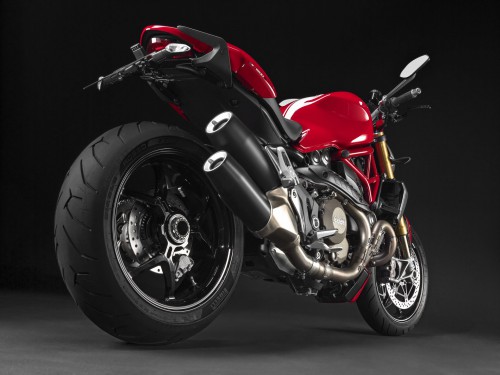 The Monster 1200 S Stripe stands out on account of an exclusive red colour scheme with double white side-stripes on the mudguard, tank, and passenger seat cover, plus a red frame and black wheels. Even more, the Monster 1200 S Stripe comes fitted with a red micro-fairing with windshield, carbon fibre belt covers, and a Ducati Performance undertail plate holder machined from solid aluminium.

Powered by an 1198 cm³ Testastretta 11° DS engine with a maximum output of 145 hp at 8,750 rpm, the bike features a Trellis frame attached to the cylinder heads, and a single-sided swingarm. The suspension set-up consists of 48 mm Öhlins forks and a fully adjustable Öhlins shock while the front braking system has a Brembo set-up with 330 mm discs and Brembo M50 callipers.

Likewise, the Monster 821 Stripe also sports the exclusive red colour scheme with double white side-stripes on the mudguard, tank and passenger seat cover, plus the red frame and black wheels. Its 821 cm³ Testastretta 11° engine provides a maximum power of 112 hp at 9,250 rpm, while the Trellis frame is attached to the cylinder heads. The suspension consists of 43 mm Kayaba forks up front – fully adjustable on the Stripe version – and a Sachs unit at the rear, adjustable in spring preload and rebound damping, which employs a progressive pull-rod linkage attached to the vertical cylinder on one side and the double-sided cast aluminium swingarm on the other. Shorter than that of the Monster 1200, the double-sided swingarm on the Monster 821 provides enhanced agility with precise handling for optimum riding pleasure. 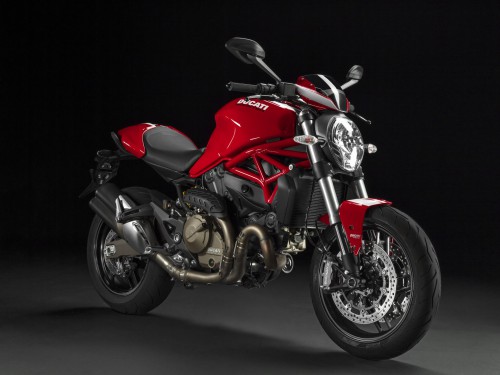 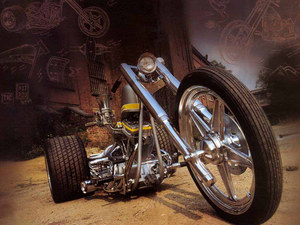