The Honda VFR model line set the sport touring benchmark for the last three decades. During all these years, the VFR has earned a reputation for reliability and high build quality, but Honda has built some disastrous VFRs in the mid-1980s. One of the most fascinating feature of the model line was its V4 engine with its optimum power and torque characteristics. Of course, the V4 was and is cinsiderably trickier than an inline-four. Click through for some Honda VFR history. 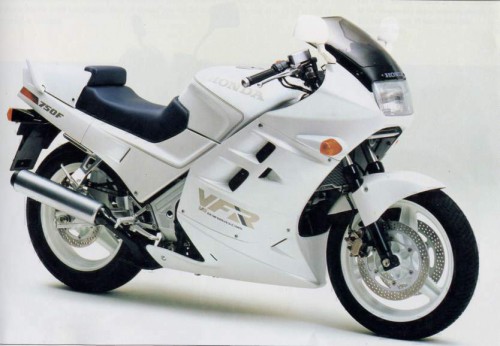 VFR and the famous V4

Many think that Honda built the first V4-powered motorcycles. Well, that’s not true but they built the first V4’s in large numbers. Before that, manufacturers like Puch or Matchless offered bikes with V4 engines but these machines were sold in smaller numbers. This engine type has many advantages: compared to an inline-four, it’s more compact, and with a 90° V-angle, offers perfect primary balance, giving smooth and nearly vibration-free operation. A disadvantage is that because of the more complicated inlet and exhaust sytsmes, a V4 is usually more expensive. Another issue is that access for maintenance can become more difficult. But the real reason behind the „exclusivity” of the V4’s is the price tag.

Still, you can find a couple of large manufacturers that still offer bikes with this type of engine: Honda, Yamaha, Aprilia and Ducati, for example. In the early eighties, there were none. The breakthrough of the V4 engine was in 1982 when Honda launched the VF range. Honda believed in the 90 degree V4 because of its unique power delivery and narrow frontal area. The VF range came in three configurations – 500, 750 and 1000cc versions. Sadly, the 750cc V4 had a serious design flaw and soon get the nickname „chocolate camshaft” because it simply ate its camshaft. Honda solved that with gear driven cams in their 2nd generation VFR750F that was introduced in 1986. 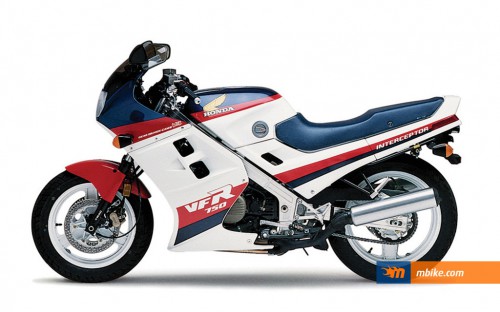 This second generation started it all, it was a ground-braking motorcycle. It featured an incredibly advanced aluminium twin-spar chassis, a strong and reliable engine, a six-speed gearbox and high build quality. It was much lighter, much stiffer and had simple but tasteful fairing. Actually, Honda put so much effort and money into the 2nd generation VFR that it was a loss-leading product, meaning Honda lost money with evey bike it sold, just to regain its reputation. The bikes 748cc, 16-valve DOHC engine delivered 106hp and 56ftlb. Despite its weight (199 kg), it was on a par with the best superbikes of the day. It was even successful on the track (the track version was called the RC30), so it was no surprise that Honda sold the VFR750F in large numbers. 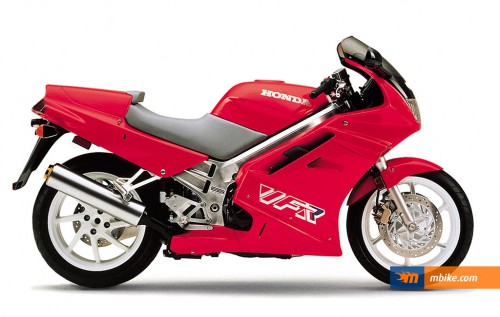 The third generation VFR750F appeared alongside the RC30 in 1990. It was an even more sophisticated and refined street bike, an evolution of the old bike. The new VFR came only in red, with otherwise subdued graphics, and critics loved the way it looked. It was more stylish and offered more practicality and Honda updated the forks, wheels and chassis with the latest technology. This was the first VFR that featured a single-sided rear swingarm. The new model was looking more premium and was a bit heavier. Honda later admitted that it was too heavy and redesigned the model in 1994. These changes were mainly aimed at shedding weight and improving the bike’s handling. The engine got some tweaks but it wasn’t more powerful than in the predecessor. For many, this was the best road bike ever built. This model was very, very reliable, offered consistent performance and supreme comfort. 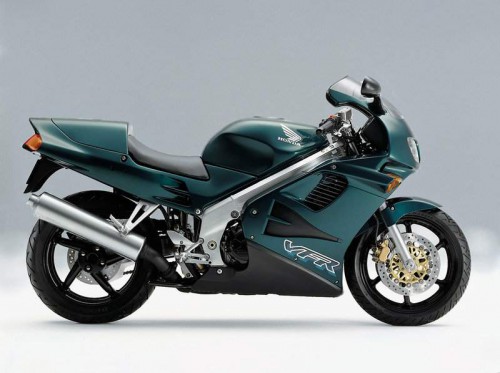 Honda then went back to the drawing board and came up in 1998 with another legendary model, the VFR800Fi. It featured a brand new engine, chassis and many improvements, including a better weight distribution. The new 781cc engine got the RC45’s fuel injection system for more midrange torque, side-mounted radiators and Dual Combined ABS braking system. With performance boosted to 110hp and torque to 59ftlb and weight down to 208kg, this VFR was even faster. The only problem with this model was the Dual Combines ABS, which was a bit slower than the old sytsem of the previous model. 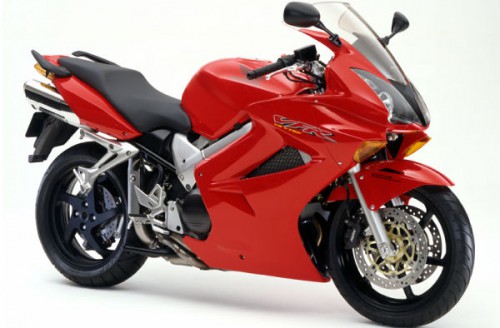 The successor, revealed in 2002, was even more complicated, The V-TEC (Variable Valve Timing and lift Electronic Control) engine debuted in this model and many think that it was an unnecessary complication. Each cylinder still had four valves but a slide pin controlled by oil pressure disabled one inlet and one outlet valve per cylinder below 7,000rpm, making the engine a two-valve motor at low revs. The design was cleves on paper but it had a couple of flaws. First of all, many riders found the transition between two and four valves irritating. This model was also less practical and styling was a bit too fashion conscious. Honda realized pretty quickly that something went wrong and revealed the updated model in 2005. But the motorcycle world was changing, competition was getting stronger and stronger and Honda left the VFR unchanged for seven years. 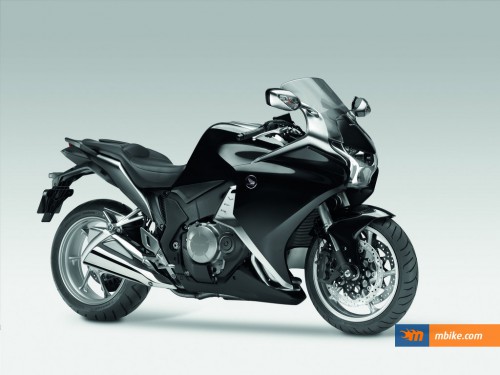 The newest generation of the VFR is a much larger and more powerful bike that has a 1200cc engine and many new technologies like its dual-cluct transmission. The new VFR offers more comfort than previous models. Honda made the transition of the engine smoother and the V4 has more low-range torque. The styling is more modern but it looks great (except maybe the exhaust) and features like traction control and heated grips are a must in 2015. 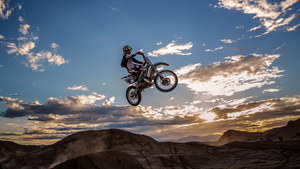