After the big changes last year, the Russian manufacturer of sidecar motorcycles has announced some minor updates to its lineup to the new model year. The stripped down cT got some tweaks which improves handling and makes the bike faster – sort of. Ural also announced an interesting addition to its lineup, the Limited Edition MIR. The Ural MIR celebrates the 20th anniversary of the joint Russian and American space program, Shuttle-MIR.

The cT is the cheapest version of the company, leaving more than enough room for customization. Ural offers an extensive line of accessories available to tailor your Ural to your specific needs – as of 2015, you can even order every Ural in almost every color from previous model years. The updated cT got a universal spare wheel, a new H4 headlight with housing and the engineers also redesigned the rear brake pedal. Good news is, all new items are retrofittable so if you already have your 2014 Ural, just get your dealer to order these updates and easily install them on your Ural.The cT is a bit lighter which means better handling and faster corner speeds. 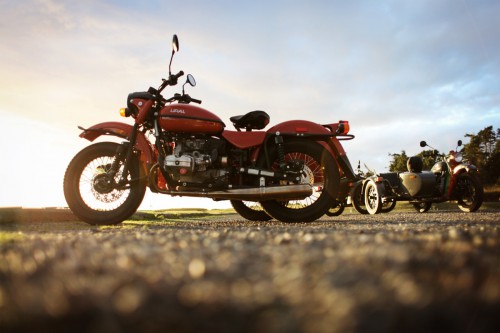 The other interesting news from Ural is a limited edition motorcycle, the Ural MIR (in Russian МИР). The bike is powered by a 749cc Boxer Twin, features a four-speed manual transmission with reverse and double-disc dry clutch. The four-piston (two-piston at the back) brakes come from Brembo (295 mm at the front, 256 mm at the back), fuel capacity is five gallons and dry weight is 730 pounds. The bike features a special white colorway called “orbital white with fine metal flake” and a solar panel fixed to the nose of the sidecar, which can be used as a battery tender or accessory power source. Another cool feature is the QR-Code based instruction system. A QR code has been fitted on a large wrench, and when accessed, it provides “when all else fails” instructions. The Ural “МИР” is the only motorcycle that comes with the solar panel, the wrench and the Lev Andropov’s problem solving method – meaning beat it with a wrench to get it running again. To defeat the darkness of space Ural fitted the sidecar with dual high-intensity LED lights…and a custom tonneau cover that uses reflective insulation and can be used as a rescue thermal blanket. Nice touch, Ural.

If you are interested in an URAL badge, see this URAL Motorcycle Badge – Crisp Image Key Chains 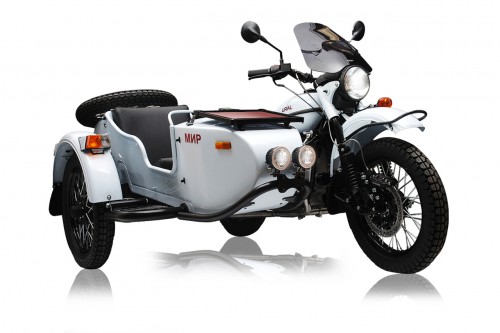 The Ural MIR has a price tag of $16,999 and will be limited to just 20 units and arrives at dealers in November.

If you already own an URAL and you are looking for an extra wind protection, see this National Cycle N8332 Plexistar 2 Clear Windshield for Ural Models 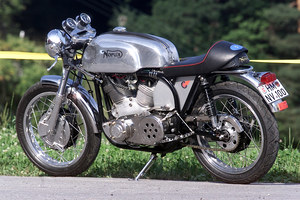