120 hp, more sporting attitude, upgrade the chassis, the most popular of the three cylinders of Pesaro again renewed in depth, with a version dedicated to the centenary. And for those who want more even more power is required in the 1130 Century Racer from 129 hp. His name is Century Racer and green color is the emblem of the Benelli racing bikes that have made racing history with drivers such as Renzo Pasolini. 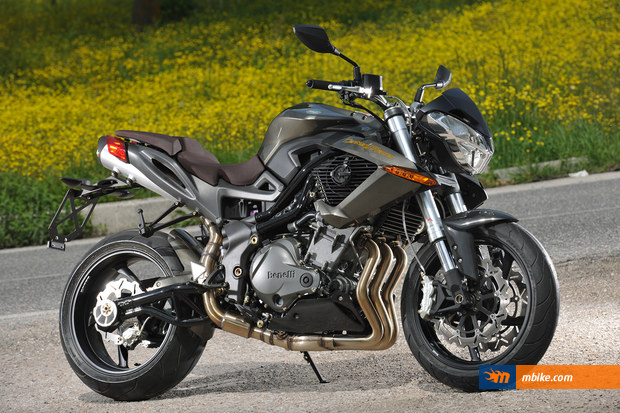 19 photos of the TnT Century Racer 899 in the gallery

Also a brand that stands on the tank is the glorious sixties, underlining once again the continuity and the unique charm of an Italian story that gave fans a century of great emotion and motorcycles. TNT 899 likes for excellent power but never puts the rider in trouble (120hp at 9,500 rpm), to adjust the torque throughout the rev range, with a peak of well 88 Nm at 8000 rpm. The engine is the compact three-cylinder, with distribution in double overhead cam and four valves per cylinder head, the power is in electronic fuel injection with three throttle bodies 53 mm DIA, the mapping has been revised and improved to obtain more smooth running and stretching experience for force and extension. The sports transmission, precise and perfectly spaced for maximum performance on road and track, is a 6-speed, multi-disc clutch in oil bath. Like its modern design and original volumes balanced between front and rear, shape and details unique such as the compact tail and the winding around the exhaust manifolds, special finishes, such as the seat in Alcantara, a further touch of “Italian fashion” for a single model. Optional features designed by Benelli Design staff could not miss the rear tail, for those who want to donate to his bike racing impression even stronger. The maniacal attention to detail is apparent even in bright yellow color from the cylinder head valve cover and rear shock absorber spring, because the Benelli passion is in the details. 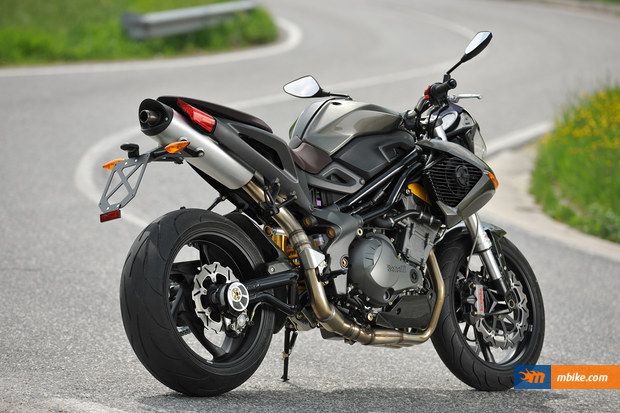 32 photos of the Century Racer 1130 in the gallery

The 1130 version is proposed in the Century Racer, made on request for the most demanding enthusiasts in the same color and elegant celebration that characterizes the pattern of lower displacement. Change of course details for maximum power and torque, respectively, passing to 129hp at 8500 rpm and 110 Nm at 5250 rpm. All work on the frame and the mapping of the eclectic and generous three-cylinder in-line have been extended to 1130, which can also count on another distinctive feature: mount, in fact, the same Front Fork as 899 version, but is fully adjustable: spring preload, hydraulic compression and rebound, and the black anodized finish is in line with the color of the entire front end, moreover a fully adjustable ZF Sachs shock absorber is equipped, to make more effective the suspension and allow it to ground all 129hp of the three in line. 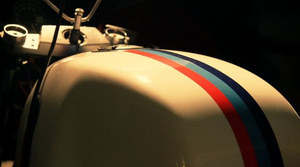