Vespa celebrated its best selling model, the PX with a special week which ended on the 1st April in Rome with a parade of Vespa devotees through the city centre. The birthday of the world’s most famous best-selling scooter – more than 17 million vehicles sold – is 23 April, the day when the patent that gave the go-ahead to mass production of the very first version, the Vespa 98cc, was filed in Florence.

The PX has a specific position as a classic scooter in the modern Vespa range, the natural choice for people looking for a Vespa equipped with a handlebar-mounted four-gear transmission together with the unmistakeable timeless design that has successfully seen off all imitations. 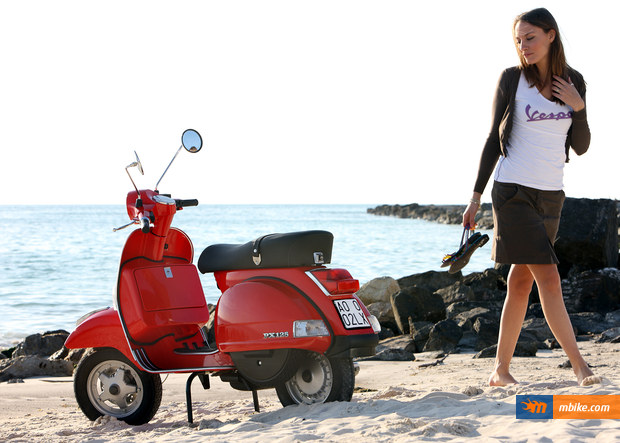 And what about Vespa’s future? Vespa sold 133,000 scooters in 2010, eleven thousand more than in 2009. And the Italian scooter is set for further growth, with the global expansion of production and sales operations: Vespa production is due to begin in India in 2012, after the opening of the factory for the Vietnamese market in the second half of 2009.