Excentricity is defined as a deviation from what is ordinary or customary. To match this definition, four guys – Nils Ferber, Sebastian Auray, Ruben Faber and Ludolf von Oldershausen – couldn´t just modify an existing vehicle but had to start designing something new from scratch. The result is a completely new driving concept: The driver lies headlong on his three-wheeled vehicle and accelerates the “EX” with sprawled out arms up to 30 km/h. 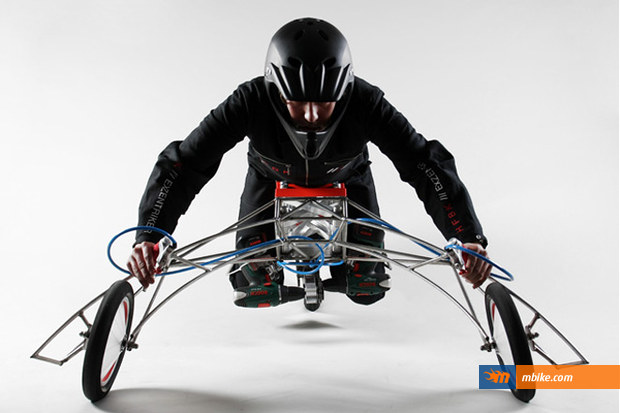 Eccentrically is also how the steering works: A specially developed joint tilts the back wheel and leans the driver´s weight dynamically into the curve. The driver controls the vehicle with brake and gas handles and by tilting the back wheel with its body. Both screwdrivers run in the same direction to get the maximum power out of them. To avoid one screwdriver blocking the other, overrunning clutch gearwheels are used to transmit the torque. For drive components, they used modified bicycle components. 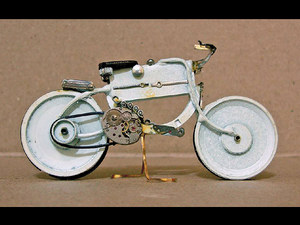