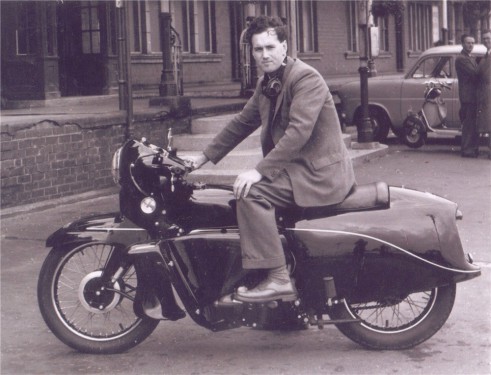 Jenkinson and his bike

The bike is still going strong and is capable of reaching 120 mph. “As any long term owner of a bike or car will understand, selling ‘Vinnylonglegs’ after 56 years and almost three quarters of a million miles is going to be a serious wrench. I’ll just have to make do now with the memories of all our wonderful trips.” – says Mr. Jenkinson.