The new BMW S1000 RR is one of the fastest superbike on the market. The German bike now holds the ECTA top speed world record for 1,000cc production motorcycles, with Chad Millholland hitting 327.7 km/h (203mph) on a mildly modified S1000 RR. The bike was modified by two companies – Pit Bull and KWS Motorsports. The short list of modifications: new set of camshafts, spring and retainer system, lightweight pistons and con-rods. 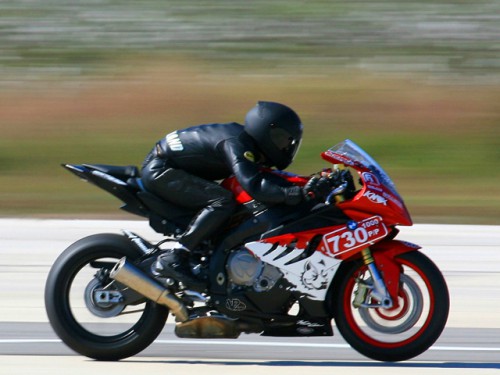 In addition to that, the S1000 RR was equipped with a new steeng damper kit, LeoVince exhaust, revised gear ratios, bigger screen and a more aerodinamic front fender. „The Pit Bull/KWS Motorsports BMW S1000RR is an impressive package for sure. It takes a lot of horsepower to get a stock bike above 320km/h and this S1000RR just takes off like a rocket from 12,000rpm to redline. The internal ratios are perfect and the OEM quick-shifter is best shifter I have ever used. The whole package is great and the bike was set up perfectly,” says Chad. 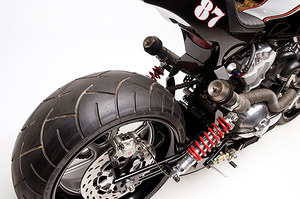