Daimler-owned Smart has released more plans for a plug-in electric scooter at the Paris Motor Show. The new motorcycle, depicted here in a couple of official sketches, is set to form part of Smart’s upcoming show spread. It’s currently uncertain when the scooter goes into production but knowing that Daimler plans to significantly broaden the Smart lineup we would say the fans of electric scooters don’t have to wait more than two years.

No official technical details have been released, but insiders say the scooter uses a lithium-ion battery and is capable of traveling up to 60 miles on a single charge. There is also a rumor that the motorcycle features a special airbag to provide added protection for the rider in case of an accident. But Daimler can’t relax because BMW-owned MINI is also planning to reveal three plug-in electric scooters in Paris. The trio features the same technology but each has an individual design. As with the Smart scooter, Mini is not revealing much about its new concept until closer to its public debut on Sept. 30, but the company did say that it uses a lithium-ion battery that can be recharged. 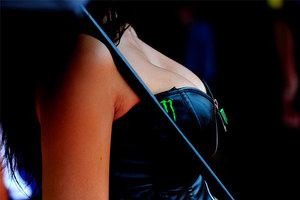