Husqvarna has completely redesigned the TE310 motocross machine for 2011

The 300cc motorcross model will get some major changes for the 2011 model year. Husqvarna‘s big enduro features a reinforced frame, a lighter engine, new hubs, graphics and exhaust. The bike is much lighter than the previous version and has significantly more torque and power. 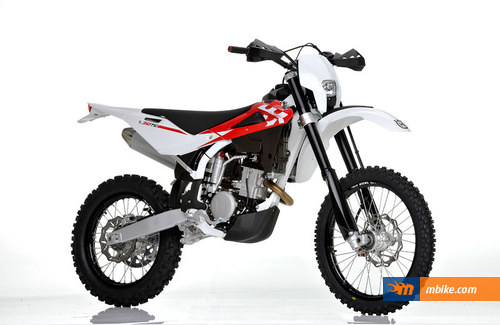 The new TE310 boasts the lightest 4-stroke engine in its category (22kg). The engineers boosted the bore and stroke to 87×57.3mm, which punches out displacement to 302cc. The engine is fuel-injected, fed by a 45mm Mikuni throttle body. There are two fuel maps to choose from on the handlebar-mounted switch, allowing on the fly changes to suit terrain. Otherwise the bike has a gas tank capacity of 8.5 litre, Kayaba 48mm front forks and Sachs shock absorber with new settings, new handguards and new bodywork graphics. 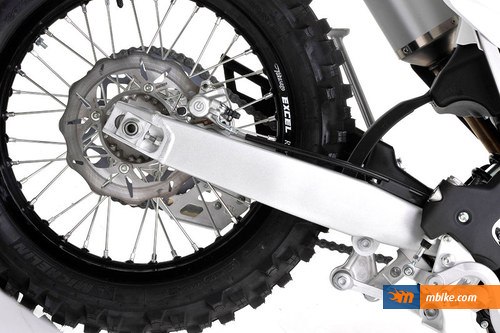 The TE310 got significant improvements 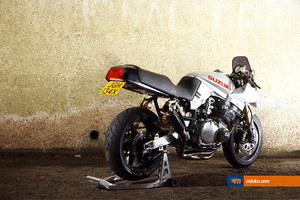