After several years of tweaking and adjustment, Honda has put the finishing touches on their 2015 Crossrunner. The adventure-style roadster is far from cutting edge but it has a capable chassis, a great V4 engine and good reasonable practicality. All in all, the Crossrunner has a relaxed character and it’s a respectable machine. Click through to read our review. 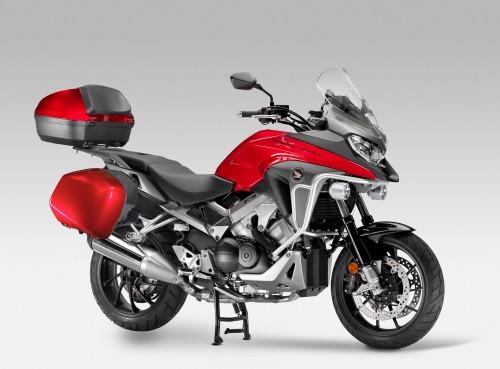 The Honda 2015 Crossrunner is a very aesthetic and compact motorcycle. The front tire is 17 inches (42 cm) and has a hydraulic duo-disc with radial-fit 4-piston calipers and shintered metal pads with regular suspension. It has an off-road beak, two LED lamps (for both hi-beams and lo-beams). In this model the lo-beams are on both sides as opposed to the norm. The two lamps make this bike ideal for night-time rides simply because of the increased illumination. It also comes with presence lights on the indicators; while seemingly unnecessary it does add a small element of safety. The radiators are mounted in a relatively well-protected spot just behind the front tire.

The V4 Engine is right under the seat. This particular version of the V4 engine has been around since 2002 so it is not cutting-edge but it is powerful. The rubber footpads protect the feet from the engine vibrations and is slightly more comfortable. The exhaust is comically huge and is obviously just for show; its large size is unnecessary but it is a harmless design choice. 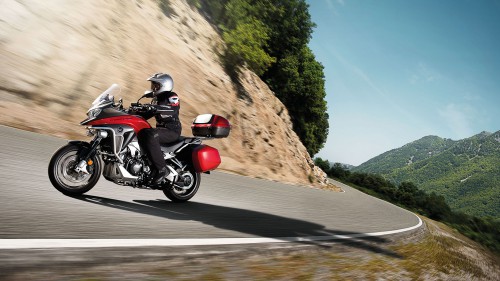 The Crossrunner has a capable chassis

The seat is firm, wide and very comfortable. The controls, unlike the motorcycle’s outer appearance, is a simply digital interface; it is very user-friendly.

The Honda 2015 Crossrunner handles smoothly on the road. Although it accelerates quickly it feels like a well-controlled acceleration.

The engine hums at lower speeds but when you kick it up to 6500 rpm, that is when you really hear it roar. The Crosrunner comes equipped with Honda’s Selectable Torque Control (HSCT) for traction control and to keep the throttle steady. It has three settings that can be changed easily with a single press of a button. 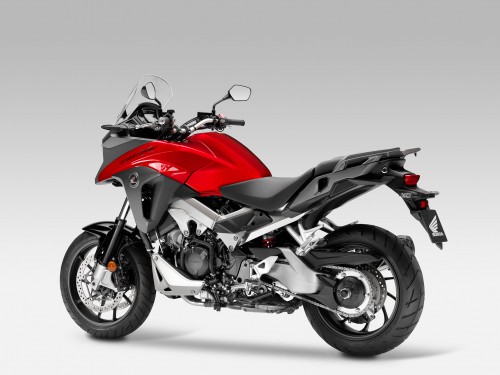 There is a very slight delay when turning which takes a little getting used to – this means that you can’t make sharp turns at high speed without a risk of tumbling over, especially on curving roads. Otherwise, the suspension is gentle and makes for. Wind protection on this motorcycle is unmatched; even at speeds upwards of 200 km/h you will barely feel or hear the wind on your face or on your helmet. However, if you are on the taller side you might not get as much protection from the wind.

The first and most apparent drawback is that the Honda 2015 Crossrunner doesn’t have a center-stand. At this point in time this should more or less be standard for a premium motorcycle. This bike, in spite of its sleek design, is relatively tame. The Crossrunner is not made for off-road adventures. The front wheel is a little too small, there are no hand guards, the fact that the radiators are side-mounted makes it easy to get them punctured in a fall, and it lacks a bash plate in the bottom. Finally, the Crossrunner is not the most fuel-efficient motorcycle, a full 20.8 L tank of gas will only take you under 200 kilometers. For these reasons the Crossrunner makes for a fun commuter/street bike but of-road adventurers should look elsewhere. 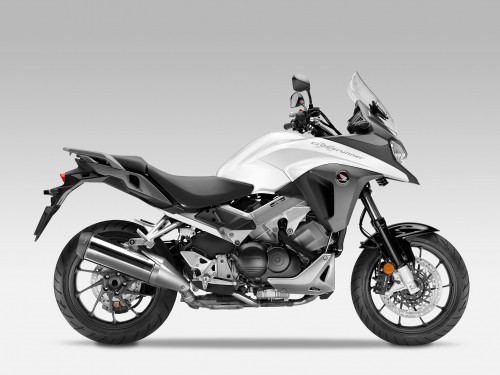 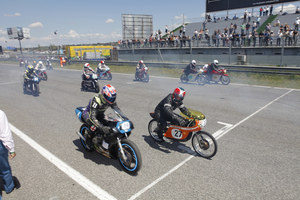