The Austrian manufacturer is recalling its largest Duke because of a potential fuel leak. According to NHTSA, the threaded inserts that attach the internal overflow pipe to the fuel tank may leak fuel due to an irregularity in the coating process. There is no word on incidents yet and the total number of affected motorcycles is also unknown.

Two independent safety organizations reported issues about the fuel line of the 2014 model year Super Duke R. As NHTSA and Transport Canada says, one of the overflow pipes of the bike’s fuel tank might have been manufactured incorrectly. This error could lead to a potential fuel leak.

If that happens, riders could be exposed to easily-flammable fumes and the risk of a vehicle fire increase significantly. Due to the enormous amount of heat of the v-twin, these fumes can be ignited in a matter of seconds. KTM dealers will inspect affected models and make repairs.

According to NHTSA, there can be another problem with the Super Duke R: an element of the oil filter and its core can collapse, „starving” the engine of filtered oil at the most critical time, during new engine break-in. KTM didn’t announce any recalls about this issue. 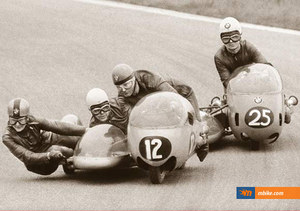