Motorcycle brands that should be revived – part 2

Motorcycles from the crypt – the trend for reviving defunct motorcycle brands seems unstoppable. Ariel, Brough Superior, Hesketh – these are not bikes from the past. These are all machines that were revealed in the last two years, efforts of companies that would like to follow the path of Indian. We created a list of 10 defunct motorcycle brands that should be revived, click here for the first part. Enjoy! 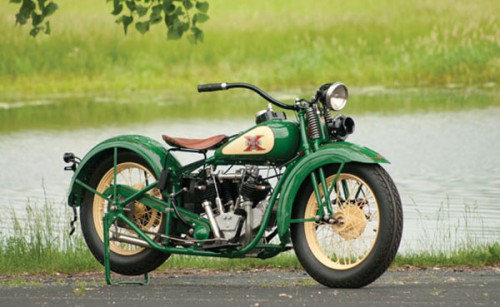 The name Excelsior is a bit confusing when applied to motorcycle history. The problem is that this name was used by three separate companies, one in the UK, one in the US and one in Germany. The US-based Excelsior started producing bicycles and entered into the motorcycle market in 1905. The Chicago-based firms first motorcycle was a 21 cubic inch (344-cc, 4-stroke), single speed machine with an unusual valve configuration known as an ‘F’ head. In 1910, Excelsior introduced an engine configuration they would become famous for, the “X” series. The engine, a 1000cc V-Twin gained popularity for Excelsior with its excellent performance and reliability. The company was purchased by Ignaz Schwinn in 1912. In the same year, Excelsior was the first motorcycle to be officially timed at a speed of 100 mph. In 1922 Excelsior-Henderson became the first motorcycle manufacturer to produce a bike that covered a mile in 60 seconds on a half mile dirt track. Excelsior-Henderson was at the time the third largest American motorcycle manufacturer behind Indian and Harley but the company abruptly closed on March 31st 1931 due to the depression after the Wall Street crash. 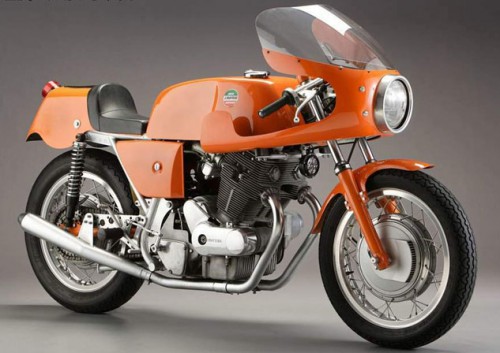 Laverda with the iconic parallel twin

Laverda was an Italian motorcycle manufacturer known for its high-performance machines. The company was founded in 1873 and went under in the mid 1980s. The golden age of the brand was in the sixties and seventies of the last century, producing fast and well-built machines. They revealed the indestructible 750cc parallel-twin in 1968 in a model called 750. The engine also had a three-cylinder version that was unveiled in a prototype in 1969. This 1000cc engine went into production in 1972 and was a motorcycle of the modern era. By the 1980s, the European motorcycle industry as a whole was reeling from Japanese competition, causing many companies to struggle or disappear completely. Laverda attempted to update their product line but underneath the new skin, there were technologies that were ten years out of date. Sales dropped further and the Laverda family went under. In 2000, Aprilia purchased the Laverda brand and it was on the verge of creating a radical 900cc triple when Aprilia itself hit the rocks and was acquired by Piaggio in 2004. Piaggio elected to close all activities related to the Laverda brand, and has publicly stated that they would be willing to sell the rights to the brand if an investor should appear. 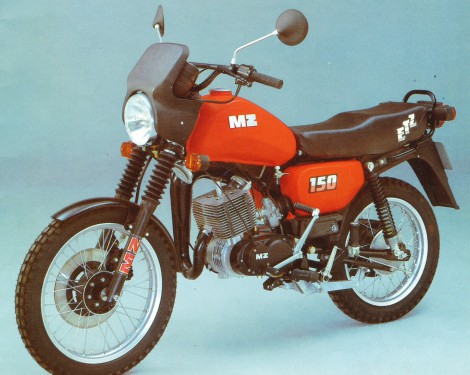 MZ was a famous German motorcycle manufacturer based in Zschopau, Saxony. The company was founded in 1907 and it started producing motorcycles in 1922. In 1923, the company was renamed DKW. By 1929, 60,000 motorcycles were built annually, making DKW the largest motorcycle manufacturer in the world. After the war, the company was owned by the communist East German state and got the name of VEB Motorradwerk Zschopau, or MZ for short. In the best years 3200 employees built more than 80,000 motorcycles, many of them were exported to more than 100 (mostly communist) countries. They produced reliable, simple but fast bikes like the ES 250 or the ETZ 250. The company has plenty of racing heritage, winning the International Six Day Trial in no less than 7 editions. After the fall of the Wall, sales dropped dramatically because this rather old-fashioned bikes with their out-of-date technology wasn’t attractive enough for the Western market and the Eastern market disappeared. In 2009, former Grand Prix stars Ralf Waldmann and Martin Wimmer bought the brand and found Motorenwerke Zschopau GmbH but after two years of struggle, they went out of business in 2013. 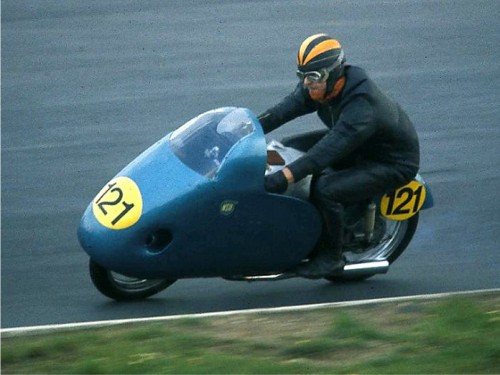 NSU was founded in 1873, starting manufacturing knitting machines. They entered the motorcycle market in 1901. By 1904, the company offered six different models and some of them were very successful on the race track. NSU was the first motorcycle manufacturer to use a V-Twin in motorcycles. After World War II, NSU became even more popular. Annual production grew to more than 350,000 units in 1955, making NSU one of the world’s largest manufacturers of two-wheeled vehicles at the time. NSU also produced cars and sadly, through the 1950s, NSU became increasingly preoccupied with developing the Wankel rotary engine as well as a line of automobiles. Motorcycle production ceased in 1963, and Volkswagen/Audi swallowed the company by the end of the decade. 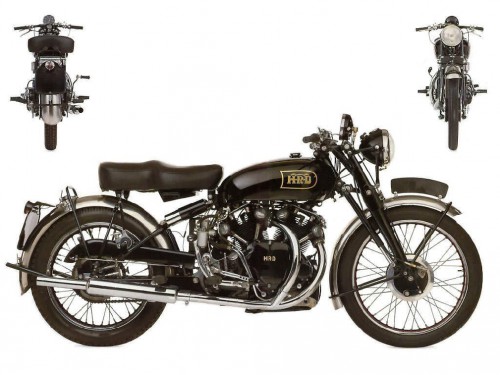 Vincent Motorcycles was a British manufacturer of motorcycles from 1928 to 1955. The company produced 500 and 1000cc bikes. Vincent was, in fact, the fastest production motorcycle in the world for a spell. The 1948 Vincent Black Shadow is a truly legendary bike with a 998cc, 50-degree V-twin that put out between 45 and 55 horsepower, depending on the state of tune (Rapide or Black Shadow). The Black Shadow was capable of of 125 mph (201 km/h) but the famous “Swimsuit Bike” reached a top speed of 150 mph (241 km/h) in 1948 in Bonneville. The Black Lightning was a racing version of the Black Shadow, with aluminum parts, single racing seat and rear-set footrests. The “small volume, big reputation” business model didn’t work out in the long run, though. By 1955, the losses were piling up so high that Phil Vincent announced that motorcycle production would cease. 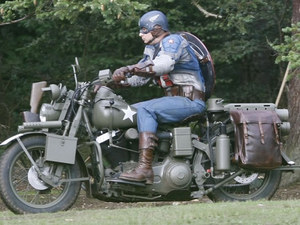