KTM introduced its new 350 EXC-F Factory, a newly developed factory bike claims no less than to be the most sophisticated and best four stroke racing Enduro ever. By limiting itself to a 350 cc capacity, KTM intends to transfer the sensational success of the 350 SX-F in the Motocross World Championship to the Enduro segment. The basic tenet of combining the low weight of a 250 with the power of a 450 will give the 350 EXC-F the edge. Combining massive performance with awesome agility makes for efficient, energy-saving rideability, which is at least as important in Enduro competitions as it is in Motocross races. 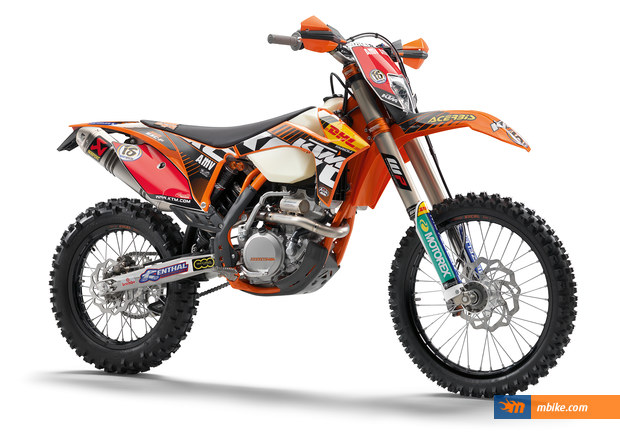 Due to its sophisticated design with an electronic fuel injection and state-of-theart engine management, the 350 EXC-F Factory’s DOHC single has nearly the same output as a 450 cc power pack. At the same time though, it is as compact as a four stroke 250 and has the low weight and dynamic response of the smaller capacity. The bike fetures a newly designed bodywork and a completely new chassis. The manufacturer didn’t reelase the specifications yet. 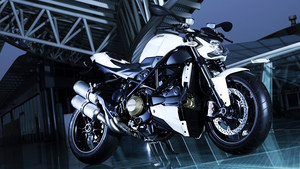