Motorcycle isn't always a functional object, just take a look at the machines of Falcon Motorcycles. The young american manufacturer builds custom bikes, the Kestrel is their newest creation. Just watch this video and try to decide, if Kestrel is a real motorcycle or rather a statue. Read the full article »

Confederate introduced an all-black version of the P120 Fighter 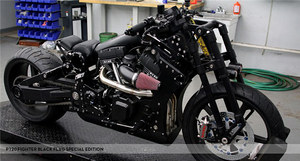 For those who don't know the Confederate Motor Company, it's a small american firm that builds high end machines in Alabama from 1991. One of their most interesting creature is the P120 Fighter. You think it isn't quite macho enough? Then the Black Flag is your motorcycle, the all-black version of the P120 Fighter. Read the full article »

Renard – a new motorcycle manufacturer has born in Estonia 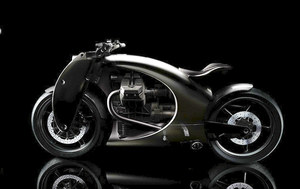 Estonia is a little country in North East Europe, and it's famous for its...well, nothing. A new company, Renard Motorcycles tries to change that. The estonian engineers designed a composite monocoque chassis that houses the airbox, gas tank and oil reservoir. The engine comes from a Moto Guzzi V2, while the fairing is familiar from the Wraith concept. It looks like the company is actually to produce a handful of these in an attempt to raise investment. The eventual plan calls for production capped at 100 units a year, each retailing for €75,000. Exclusivity won't be a problem. Read the full article »

Old Zchool - that's how the guys at spanish custom builder La Perra Bikes call their newest beauty. Turning a classic inline-four japanese into a modern custom doesn't sound like an easy job, but the latest creation of the little company between Malaga and Sevilla is truly satisfying. The 1976 Kawasaki Z900 got a bandaged exhaust, low bars and black wheels, Öhlins forks, Brembo radial brake callipers and the latest wavy Galfer brake rotors. All in all, La Perra Bikes showed that turning a classic into a modern custom is far from impossible. Read the full article » 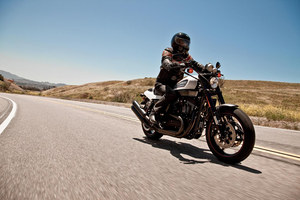 When Harley introduced the XR1200 last year, they decided to exclude the U.S. market which seemed to stoke envy and desire U.S. enthusiast. Good news is, that the flat-track inspired bike is available stateside, starting from $10 799 in black. The 2011 XR1200X boasts an air-cooled, silver powdercoated 1200cc Evolution V-twin engine. The powerplant has 90 hp and 74 lb-ft of torque - more horsepower but less torquethan other versions of this engine. Read the full article » 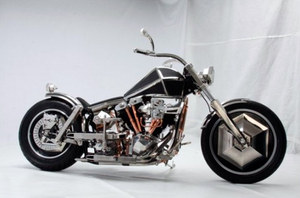 There are custom bikes and then there are amazing custom bikes. The Hexagon Harley fits in the second category from obvious reasons. The bike was built by Horst Dzhangmen during three long years. Everything but the engine and the frame has been cut and built into perfectly shaped hexagons and this exceptional work took its creator three years of hard work to achieve this perfection. Read the full article »

Duka Concept – The electric bike of the future

The Duka concept combines traditional looks with advanced electric components, which allows the driver to personalize the bike easily. Designed by Miyhael Logue, the Duka lets you enjoy high speed biking and yet remain manageable around the city. The motorcycle features an aluminium frame structure, this should be a safe and durable cruiser with a low center of gravity and comfortable riding position. The Duka is powered by two compact, yet efficient electric motors, but performance is unknown. Read the full article » 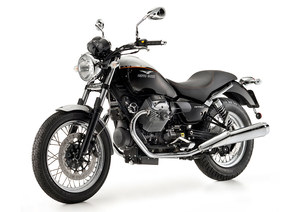 The Nevada 750 is one of the most succesful models of Moto Guzzi's lineup, a bike that year after year has established itself as alternative to custom overseas thanks to a simple style, strong technique and reassuring personality driving behavior. The italians introduced the model in 1990, and now the factory celebrates this succesful 20 years with the "Anniversario" edition. Read the full article » 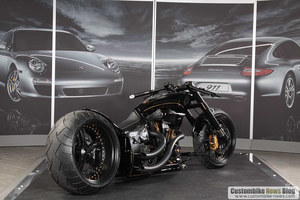