The British manufacturer has just confirmed that the new Bonneville will be revealed later this month – most likely at the EICMA show in Italy. The teaser video contains some details and glimpses of the new Bonnie, which will most likely feature a brand new liquid-cooled engine. According to press reports, Triumph is also working on at least two more versions including a cafe racer and a bobber. Stay tuned! 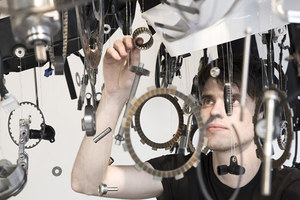