The Piaggio Group presented the revised versions of its popular scooters, the Typhoon 50 and 125 at the Intermot 2010. Typhoon is a bit of flagship for the Italian brand and for 2011, and they are going to be even better for 2011. The 50cc and the 125cc versions will get more powerful engines, a revised design and flashy graphics. The smaller version has a 2-stroke engine which delivers a respectable 4.2hp at 6500rpm and 4.6Nm at 6000rpm. The 125cc version features a more advanced, Euro-3-compliant 4-stroke engine which priovides 9.6hp and 8.2Nm. 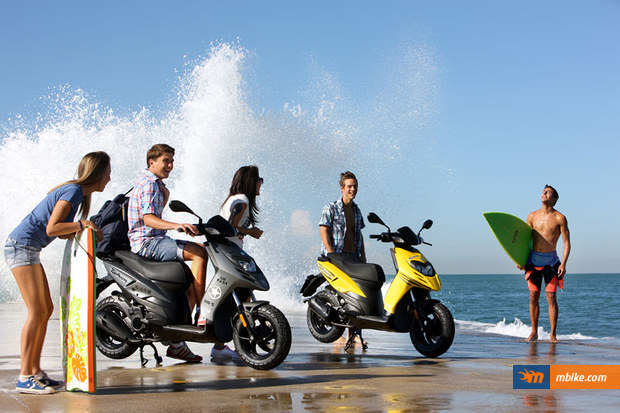 Both scooters are equipped with a 220mm disc brake on the front and a 140mm drum on the rear. With the 7-liter tank capacity and the miserly appetite for fuel, you can travel a decent amount of movement before refueling is required. Both machines features electric start and automatic transmission with forced-air cooling. And how much will the two Typhoon cost? The smaller version has a price tag of €1,700 while the 125cc Typhoon costs €2,170. 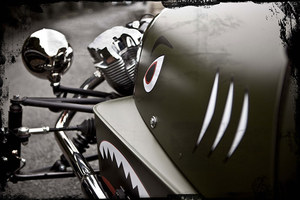