MV Agusta has just announced that the 2015 Brutale 1090 gets a few updates, including new liveries. The naked bike will be available in matt pastel white and intense black liveries while the Brutale 1090 RR will be offered in more detailed, metallic graphics livery for €18,640. The base Brutale will carry a price tag of €14,610. MV Agusta did not announce any major tech improvement. 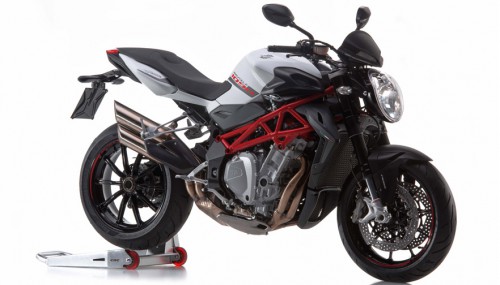 When you see a Brutale, you think MV Agusta. The Brutale redefined the concept of naked bikes when it was revealed back in 2011. With it the era of naked bikes derived from stripped down sports bikes came to an end, and the first motorcycle designed around the engine as an ornamental element came into being, which, along with its cutting-edge technology, was equipped with radial valves, a removable gearbox and SBK power. Growing in displacement from 750 cc to 1090 cc and in performance from 127 hp to the current 158 hp (1090 RR), the exclusive, naked Brutale 1090 is now even more inviting, more accessible and rewarding: just a touch of make-up is all it needs to become new again. 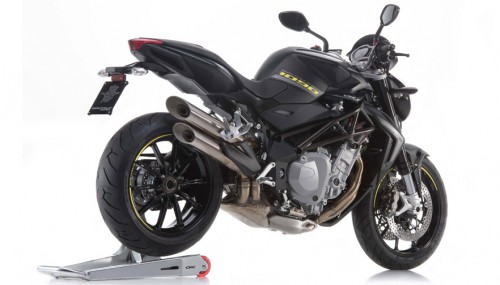 The 2015 Brutale in black livery

This is just what has happened with the MY2015, with new colour concepts introduced for the entire line, condensed in the Brutale 1090 and 1090 RR models. In the 1090, two new matt shades are polarizing: matt pastel white or intense black. The intense black is the foundation for the contrast with the identifying trim and those fluorescent coloured wheels. In the white pastel version, the contrast is created with the red, which apart from the trim and the badge has also been extended to the chassis. 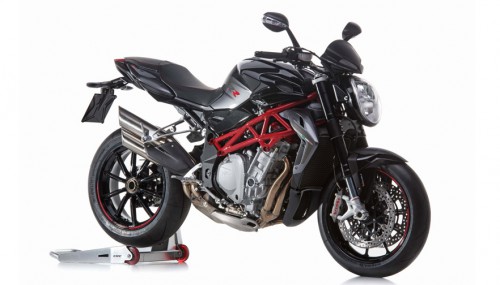 The Brutale 1090 RR has even more detailed graphics, all of them metallic and featuring a two-tone appeal: metallic black on metallic aviation grey or metallic graphite on pearl ice white. Technically unchanged, the Brutale 1090 and the 1090 RR will be in showrooms this month starting from €14,610 and €18,640 (in Italy) respectively, VAT included ex dealer.

Girl on a custom machine 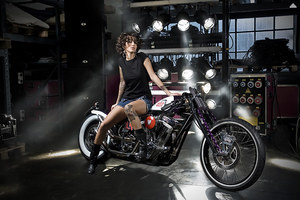