Motorcycle brands that should be revived – part 1

Motorcycles from the crypt – the trend for reviving defunct motorcycle brands seems unstoppable. Ariel, Brough Superior, Hesketh – these are not bikes from the past. These are all machines that were revealed in the last two years, efforts of companies that would like to follow the path of Indian. We created a list of 10 defunct motorcycle brands that should be revived. Enjoy! 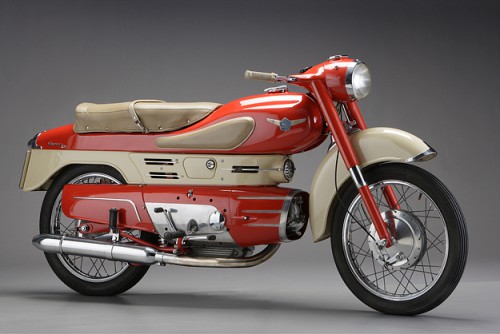 Aermacchi, just like MV Agusta, was originally an Italian aircraft manufacturer. The company was founded in 1912 and be began producing motorcycles after the Second World War to take advantage of the motorcycle boom. Most of their bikes like the Ala Verde, Chimera and Golden Wing, were lightweight, nimble machines that were sold in large numbers across Europe. The international success determined Harley Davidson to purchase 50% of the motorcycle division of Aeromacchi in 1960. The American-Italian joint venture was a big success in the sixties and new models were introduced year after year. Unfortunately, Harley sold the brand to Cagiva in 1978 and the name vanished. 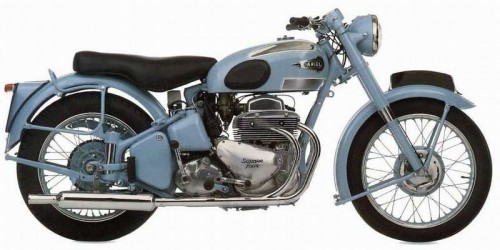 Arial was a bicycle, motorcycle and car manufacturer based in Birmingham, UK. Since their first motorcycle in 1901, it was was one of the leading innovators in British motorcycling – Minerva, Square 4, Red Hunter, Arrow; all revolutionary in their way. Prior to World War II, Ariel Motorcycles built a line of singles and of course the iconic Ariel Square Four. In 1944, the brand was sold to BSA Group, at the time a mega-corporation with vast holdings and resources. After the war, the Ariel bikes were quite impressive and business was good. The Square Four became the icon of the company and the other bikes continued to sell well until the mid-fifties when they decided to drop the four-stroke engines and developed the Ariel Leader, a fully enclosed 250 cc two-stroke with a fully faired body from the headlamp aft. This turned out to be a horribly bad move and the bike was a phenomenal flop. BSA closed the factory – the last Ariel Motorcycles were built in 1959. 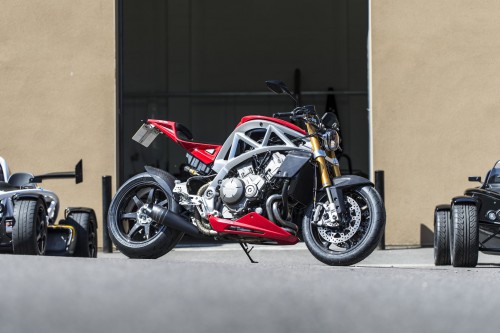 A small company called Ariel Motor, best known for its Atom sports car announced that it will develop the Ace, a provocative motorcycle powered by a Honda V4. Ariel plans to produce up to 150 examples starting in 2015, from £20,000 (about $32,000). 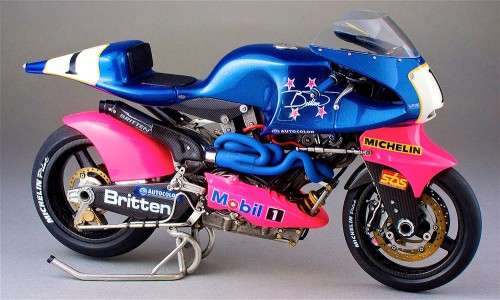 Britten Motorcycle Company Ltd has evolved from a core of enthusiasts motivated and inspired by John Britten, a dreamer from New Zealand. In 1992 he set up the Britten Motorcycle Company which initially operated from his garage at his home. The result was the V1000, an innovative supersport bike with a top speed of over 300 km/h. Some say it still is the best supersport bike with a V-Twin. The V1000 hosted a number of innovations including extensive use of carbon fibre, the radiator located under the seat, double wishbone front suspension, frameless chassis and engine data logging. The V1000 was very successful on the racetrack, winning the Dutch round of the Battle of The Twins in 1992 and the Daytona round in 1994. Tragically, John Britten passed away in 1995 at the age of 45 from a skin cancer-related illness. A total number of 10 bikes were built. 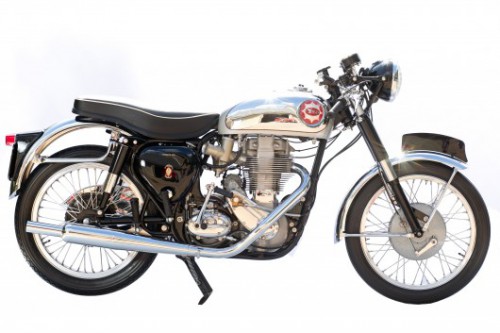 The Birmingham Small Arms Company Limited (BSA) was a major British industrial combine, producing firearms, bicycles, motorcycles, cars, buses and bodies, steel, iron castings etc. BSA Motorcycles Ltd was set up as a subsidiary of this company in 1919. BSA motorcycles were sold as affordable motorcycles with reasonable performance for the average user. After 1945, BSA started to produce machines with better specifications and more performance and entered in races such as the TT or Daytona. All went well until the mid-sixties when Japanese competition made BSA lose the first place on the sales list. Despite changes on the lineup, BSA almost experienced the bankruptcy and its motorcycle division was acquired the Manganese Bronze company, Norton-Villiers, which became Norton-Villiers-Triumph. The BSA name didn’t disappear until 1973. 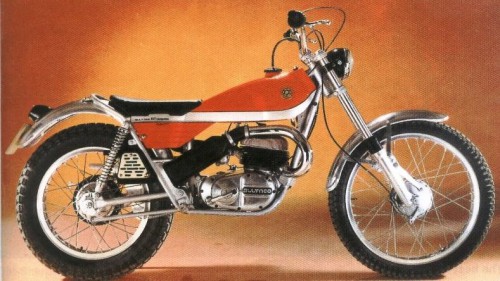 Bultaco was a Catalonian motorcycle company based in Barcelona that produced two-stroke bikes from 1958 to 1983. Bultaco was founded by Paco Bultó. Bultó worked for Spanish racing team Montesa but when the company left racing in 1958, he founded his own company. Some of his old colleagues followed him and they worked in very primitive conditions at an old farm. On March 24, 1959 Bultaco held a press conference and launched its first bike, the road-going 125cc Bultaco Tralla 101, named after the Spanish word for whiplash. Other speedy road models followed like the the hugely successful Metralla Mk2 but they also produced off-road, enduro, motocross and trial bikes. The most famous Bultaco model is the Sherpa T which revolutionized the trial sport in the 1960s. The factory shut down in 1979. They reopened with government help but the end finally came in 1987. 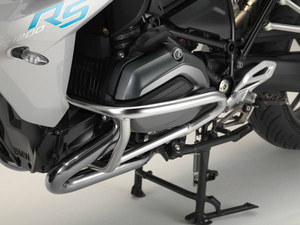