Italian brand Moto Guzzi unveiled the updated version of its Norge GT 1200 8V at the EICMA back in october. The big tourer got a more powerful V-twin engine for 2011, which produces now 102hp. The new Norget GT features reshaped fairing which provides better protection for rider and passenger, but also increases airflow to the air-cooled engine. The manufacturer released now an official video where we van see the new bike. 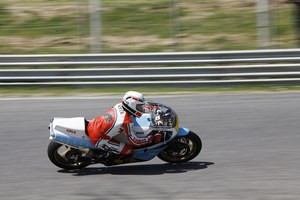