The Multistrada 1200S was marketed by Ducati, and the many fans who took up the phrase, as “four bikes in one”. That is, until the vast majority of owners realised they would never dream of taking theirs off-road and conceded – as Meatloaf most likely would, given the opportunity to ride one – that three out of four ain’t bad. The MTS is sports bike, tourer and city bike, all rolled into one. 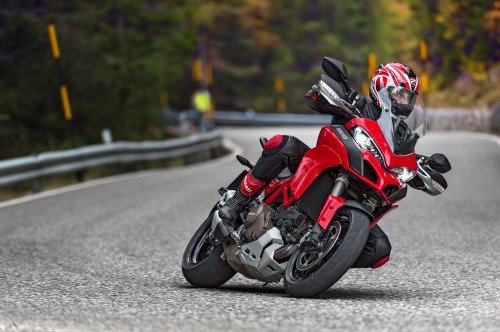 It’s easy to be taken in by the Ducati name alone, loaded with connotations of Italian style, and the 2016 Multistrada 1200S doesn’t disappoint. If you can get your head around the fact that you’re essentially riding a slimmed down Red from Angry Birds, then the Multistrada is the pinnacle of cool.

If you want a testament to just how passionate Ducati are in their pursuit of perfection, you only have to look to the Multistrada. Since 2015, even the screw fixings on the bodywork have for the most part been rendered invisible. Other than that, the new Multistrada looks much as it always has. You might not even notice the difference. 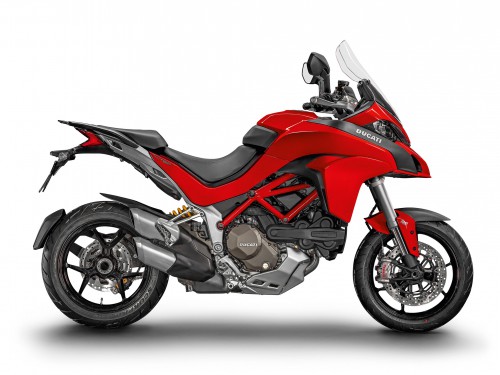 The Multistrada’s upright, adventurous style appeals to riders used to bikes like the Suzuki V-Strom DL650 but who are looking for more power. The Multistrada handles impressively, even riding two-up, and since 2012 the 1200S carries semi-active suspension and ever-improved – though still far from perfect – brakes. Like the famous four engine modes, the suspension is programmable and switchable on the move, making for a smooth, comforting ride and preventing fork dive for those with a tendency for panic braking.

In fact, the 2016 Multistrada 1200S is one of the most technology-heavy motorcycles available. In fact, it’s so advanced, scientists believe by 2020 it will be capable of taking over the world. (Think I, Robot meets The Birds.) 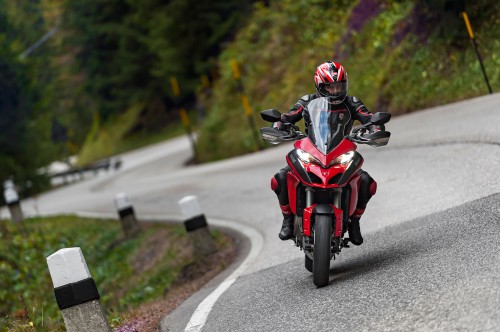 You’ll hear it coming from distance

The Ducati Multistrada was given a bad start in life with a “hunting” idle that struck at low rev’s (under 3000 rpm). However, with the DVT (Desmodromic Variable Timing) engine, this issue is a thing of the distant past, and you can expect the low rev’ fuelling to improve even more as the engine limbers up.

The 2016 bike fully fulfils its promise as one of the best bikes out there for city riding, and you can now cruise through town in third instead of having to startle pedestrians with a sudden drop into second. (Of course this option is always there, should you wish to use it. Startling pedestrians is one of the key joys of motorcycling, after all.) The latest engine sounds better (read: louder) than ever.

As previously, the Ducati Multistrada offers plenty of choice. The 1200S Touring model boasts heated grips, centre stand and panniers that fit directly onto the bike and only stick out a little beyond the handle bars, allowing for plenty of filtering and maximum aerodynamics. Alternatively, the “Urban Pack” comes equipped with tank bag and top box, perfect for storing a helmet or doing the grocery shopping – exactly the image Ducati were going for. As on most bikes, the top box also gives a pillion confidence, comfort, and something to lean on. No more clashing of helmets when braking. 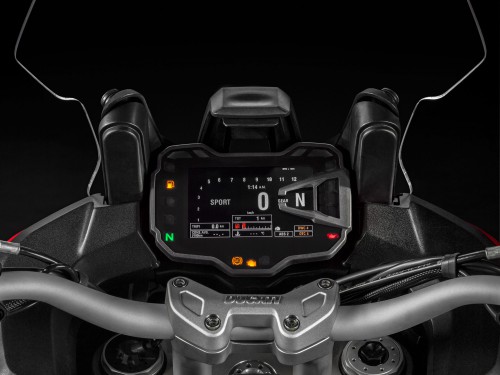 The Multistrada 1200S is packed with latest technology

The standard screen seems to do an effective job, even for taller riders, and the S model features the semi-active suspension, full LED lights, complete with cornering function, and even a Ducati Multimedia System (DMS) with full-colour display and Bluetooth connectivity.

While Ducati’s notoriety concerning electrics, water and expensive servicing costs are well known, many of these issues seem to have been addressed. The service interval on the MTS is longer than on other, previous Ducati motorcycles, which inspires some confidence. 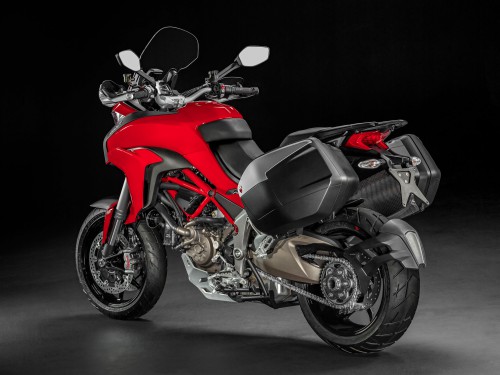 Multistrada 1200S with the touring pack

There’s no getting around it: 2016 Ducati Multistrada 1200S is an expensive bike. Servicing costs are surprisingly reasonable, but you’ll have to factor in the Desmo service.

If you rarely ride at night and couldn’t give a flying fig about listening to music or making calls while you ride – or red stitching on the seats for that matter – you can save somewhere in the region of £3000 by opting for the base model. You’ll still get the same engine and modes that really make the MTS what it is: the only noticeable difference will be a return to front fork dive – a common curse of these long-travel-suspension, adventure bikes.

It goes almost without saying that the Multistrada is firmly situated in the highest insurance bracket. If you’re going to own one of these, make sure you’ve got plenty of no claims bonus.

With the ability to change riding modes at the flick of a switch, it’s easy to see why the 2016 Ducati Multistrada is the perfect bike for many. Ideal for pothole-riddled country lanes, heavy traffic high-streets and open highway alike, its only major downfall is the price, and it’s worth every penny. 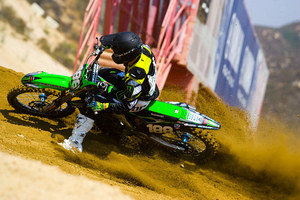