An Australian-prepped Harley-Davidson FLTRXS Road Glide Special was able to reach 165.1 miles per hour (265 km/h) at the 25th annual Dry Lakes Racers Australia (DLRA) Speed Week on the salt flats of Lake Gairdner in South Australia in March. That means that this bike is the world’s fastest naturally aspirated bagger under 2000cc. The bike is called the „Pepper” and it reached this speed with functional saddlebags! 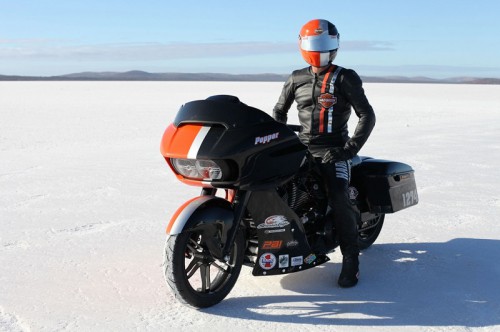 If it comes to baggers, performance is not the first word that comes to mind. This category is about touring in comfort. These bikes have large fairings and windshields, large-capacity fuel tanks and engines with great deal of low-end torque.

Fortunately for us, there are many speed freaks who just don’t care what kind of bike they’re sitting on, they want to ride as fast as they can. This build was commissioned by Harley Australia. The brand’s PR Manager, David Turney said about the project: “We wanted to create an absolute powerhouse and make a statement in a way that only Harley-Davidson can. And those hanging onto the bagger stereotypes of size, weight, power and agility, better get ready to see those misconceptions race past at speeds that’ll surprise you.” 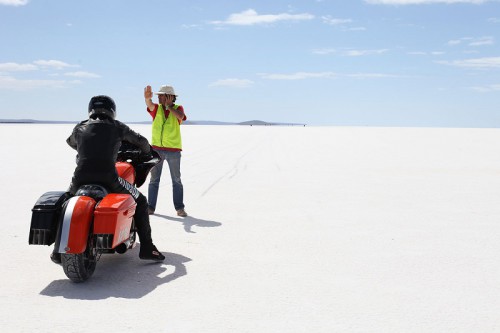 The bike hit 165 miles per hour on salt

So Team Harley began to strip down and then rebuild the Road Glide. Following the regulations, the chassis had to remain the same but the guys at Harley weren’t shy when they rebuilt the engine. They used many Screamin’ Eagle performance parts, including a variable pressure clutch and a 120RX engine kit. Other new parts include custom Wegner stainless steel headers, PBI sprocket with RK chain, lengthened swingarm, and custom built lower engine fairings. They lowered the front fairing and used custom saddlebags with in-built air diffusers.

The build itself was stretched over a year but it was worth it. The bike hit a fantastic speed of 165.131 mph (265 km/h) at Lake Gairdner for the 25th annual Dry Lakes Racers Australia Speed Week.

David Turney explained: “This is a fantastic achievement for all the guys, especially considering this is Pepper’s first official event and on a very unfamiliar surface. They’ve worked tirelessly. Even up to the night before we hit the salt they were burning the candle at both ends to make sure we were as prepared as we could be.”

The world record for this category is 171.962mph set on the salt flats of Bonneville, USA, in 1996. The guys at Harley Australia have eyes on that record now. “We are very excited about the potential of this bike moving forward,” says David. “We won’t be stopping here. Dan and Corey have done a wonderful job but I know that they want more.” 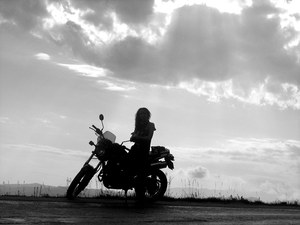