Electric racecar faced electric superbike for the very first time as Citroën’s striking Survolt concept and an Agni Z2 went head-to-head at Thruxton race circuit. In the capable hands of two professional female racers – Vanina Ickx and Jenny Tinmouth – car and bike battled it out to test speed, agility and performance in the all-electric shoot-out of four wheels against two. Piloting Survolt was Vanina Ickx – Le Mans Series and Touring Car racing driver and daughter of Formula One driver, Jacky Ickx.  Riding the Agni Z2 was Jenny Tinmouth, the fastest woman around the Isle of Man TT course and championship leader in the 2010 TTXGP.

Vanina Ickx commented; “This was a fantastic experience – the first electric duel of its type.  The lack of engine noise made it a very interesting challenge.  Normally you have an idea where your opponent is by their sound, but with electric vehicles it’s so much quieter – a new racing dynamic.  I had a lot of fun and I’m thrilled to have been part of this unique track event.” Specially developed with compact dimensions and a light-weight frame (1.15 tonnes) to suit the race track, Survolt features a tubular chassis, flat underside with extractor and full carbon bodywork, all combining to make a genuine emissions-free, electric racing car. Propelled by two electric motors with a combined power of 300bhp from 0 to 5,000rpm, Survolt is capable of exceptional performance with a top speed of 260kph (162mph) and a 0-100kph (0-62mph) time of under five seconds.  The concept’s twin 140kg lithium-ion batteries each boast a 31kw capacity and can cover 200km (124 miles).

Powered by 80 battery packs and weighing 220kg, the Agni Z2’s 65hp all-electric drivetrain delivers a 0-60mph time of around 3.5seconds with a top speed of just over 130mph. 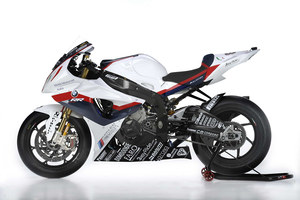